For this week’s SotW, I’ve decided to go with a Christmas-themed scene, as the biggest day of the year is fast approaching! Now, when it comes to scenes from Christmas films, there’s no shortage of classic moments, and I consider the one I have chosen to be right up there, purely from an acting point of view. The scene comes from Love Actually, and it is immediately after Emma Thompson discovers some devastating news regarding her husband. The story preceding this scene, with
161 views0 comments 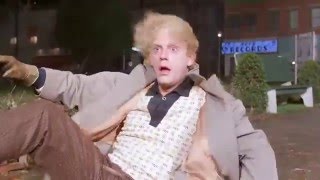 Scene of the Week: Back to the Future III Opening Scene

The Back to the Future Trilogy is up there with some of the best trilogies of all time. Films that use time travel as it’s premise can get very confusing and usually end up bombing, but not Back to the Future. These films make time travel easy to understand whilst keeping that element of complexity we all love about this fictional invention. This is highlighted perfectly in the the end of Part II / opening of Part III, which is why I have chosen this moment as my Scene of the
59 views0 comments 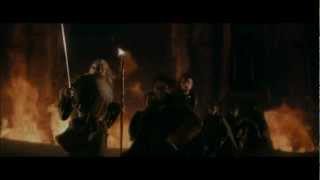 Scene of the Week: The Death of Gandalf

Welcoming another scene to our Scene of the Week, and it’s one from one of the greatest films of all time, and a moment which no one has ever forgotten - the death of Gandalf from Lord of the Rings: The Fellowship of the Ring. Not only did this scene make a mark on cinema history, it is one that has stuck with me. I will never forget the first time I saw it and the feeling I had during this emotional moment. It was unexpected, sad and left me, and I imagine many others, speec
679 views0 comments
Simon Garner

Scene of the Week: The Lion King - The Death of Mufasa

In this week’s Scene of the Week, I’m going to look back on what was a childhood classic for me, as well as for a whole generation, and that classic is The Lion King. There are several scenes that could’ve made the cut here, and they’d include vibes that are comedic, musical and heart-wrenching. My choice this week comes in the form of the latter. I’ve chosen the moment Simba, the young lion cub and rightful heir to the throne, finds his father Mufasa, who has just been throw
240 views0 comments
Simon Garner

This week in our Scene of the Week feature, we again turn our attention to another impeccable Christopher Nolan-helmed moment, and it comes from The Dark Knight Rises. TDKR is a funny one, in terms of wider opinion. The vast majority of people think highly of it, but there is a fair share of not-so-sure, even dislike, out there. We at Life of Films are unashamedly large fans of Nolan’s body of work and directorial style, so naturally we’re in the former camp. The scene I have
204 views0 comments 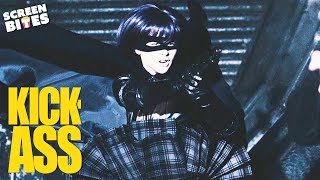 Kick-Ass is a film that goes under many peoples radar, but is, without a doubt, the film which put Matthew Vaughn on the map. Kick-Ass is a very radical twist on the superhero genre, with very adult themes and an extremely realistic approach. I am a huge fan of this film, as it really rings home the inner nerd in me, making it, in a weird way, very relatable. Kick-Ass has many memorable scenes, but none of them really compare to the whacky but inspiring scene, where Hit-Girl,
2,114 views0 comments
Simon Garner

Scene of the Week: The Death of Albus Dumbledore

The title is a spoiler, and I do not apologise. If, somehow, you haven’t read the books or seen the films by now, then it’s fair game! This week, I’ve picked a scene from the Harry Potter films, The Half-Blood Prince specifically, and this series of films is extremely close to my heart. As mentioned in my Actor of the Week article on the late, great Alan Rickman, my brother and I have a huge fondness for them, cementing them as a family favourite of ours. The scene begins wit
149 views0 comments 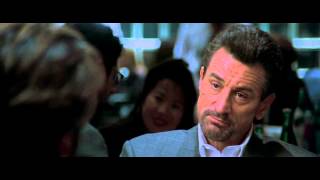 It's that time again, Scene of the Week, with the choice today being one of the most iconic moments in cinema’s history, the diner scene within the timeless classic Heat. Heat is film which has made its mark on cinema’s history, as being one of the best movies ever made. Heat stars Al Pacino, who plays Vincent Hanna, a detective far too dedicated to his profession, which causes his personal life to become a bit of a disaster, creating this incredible dynamic as he is torn bet
1,151 views0 comments 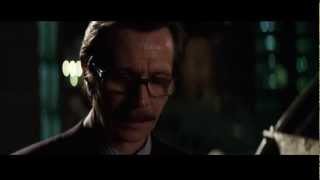 Another week, another scene to add to our Scene of the Week segment. This Sunday, I have chosen a moment in cinema which captures one of the greatest fictional characters of all time, in his simplest form, the ending of Batman Begins. Batman Begins suffered, somewhat, from the Batman films prior, due to George Clooney officially ruining the Dark Knight, but as time went on this film matured like a fine wine; more and more people saw it, and more and more people loved it, as i
333 views0 comments

Scene of the Week: The Hangover - Wake Up

Our Scene of the Week feature is in full swing now, and it’s been a real pleasure thus far. There are so many iconic scenes to choose from, making the feature a joy to work with. This week, I’ve chosen The Wake Up scene from The Hangover. Now, I feel this scene, and film for that matter, are classic, but not for the typical emotive reasons you’d sometimes associate with Hollywood. The Hangover was a tremendous concept, very fresh and perfectly executed, following three guys t
275 views0 comments

Scene of the Week: Gladiator - “My Name Is Maximus Decimus Meridius”

Another week and another scene, with this week’s Scene of the Week being one many people will be familiar with, the unmasking of a gladiator, who everyone thought had died, in the face of his attempted murderer. Gladiator, starring former actors of the week, Russell Crowe, as the Gladiator himself and Joaquin Phoenix as the evil roman emperor, Commodus, is, without a doubt, a modern great. This is a film which ticks all the boxes when it comes to movie making, with this scene
2,343 views0 comments
Simon Garner

Scene of the Week: Jurassic Park - The T-Rex Breakout

Another Sunday, another Scene of the Week! This week, I’m going to look at one of the many iconic moments from Jurassic Park; the T-Rex breakout. Of all the massive moments Jurassic Park has brought us, this one, for me, is at the forefront of my mind whenever the franchise is mentioned, and this moment is typified by a single superb image - the ripples in the water cups. The cups are where the chaos begins. From the moment we hear/see the earthquake-like thumps causing the w
257 views0 comments

Scene of the Week: The Park Scene - In Bruges

It’s Sunday which only means one thing, Scene of the Week. This week I have picked a scene from one of my favourite films, In Bruges. In Bruges is quite different to most of the films in my top 10, as it doesn’t revolve around a superhero, or have Christopher Nolan at the helm. What is does have however, is the most incredible blend of comedy and drama, which makes you feel a wide range of emotions in the deepest sense. In Bruges is without a doubt one the funniest films I ha
371 views0 comments
Simon Garner

Our Scene of the Week feature is now in full swing, and in it, somewhat obviously, we talk about a scene a week. They aren’t necessarily ‘Best Ever’ poll regulars, but more scenes that we have a particular love for or have meant a lot to us. This week, I’m looking at a rather short but very sweet scene; the end of Casino Royale. For me, there are two key elements to this scene. Firstly, the sheer suave that Daniel Craig oozes. The minute he was cast as Bond, die-hard fans wer
7 views0 comments 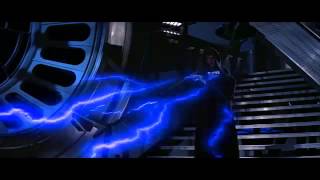 Scene of the Week: Return of the Jedi - Luke Confronts The Emperor

In the second instalment of our new weekly feature, I’m going to look at the confrontation between Luke and The Emperor in Return of the Jedi. RotJ is the final instalment of the original Star Wars trilogy, and is full of classic moments, but the scene in the throne room of the second Death Star is right up there with the best moments in the entire Star Wars universe. RotJ stars, as I’m sure we all know, the fantastic former Actor of the Week winner Mark Hamill as Luke Skywal
687 views0 comments
bottom of page